Italian filmmaker Andrea Franceschini developed an interest in archeology as a child. It was that interest and his being an avid fan of the Indiana Jones movies that sparked his interest in filmmaking. His latest film is the story of a Ugandan boy who lost both of his parents to AIDS and went one to become the founder of Ugandan non-profit NGO to help children infected or affected by HIV/ AIDS. Andrea describes it as being about starting with having nothing and ending up giving everything.

Andreea Boyer: What can you tell us about yourself and where are you from?

Andrea Franceschini: My name is Andrea Franceschini and I am a 38-year-old Italian filmmaker. I started to study music at the age of nine and when I was eighteen, I obtained a BA in Percussion and moved to Milan, where I gained a BA in Communications, an MA in Film Studies, an MFA in Scriptwriting and a PhD in Communication. This gave me the possibility gain a cross-disciplinary and cross-experiential preparation in music, video production and scriptwriting. From 2007, I have worked as a freelance filmmaker of videos, short movies and documentaries. From 2012, I have worked as a professor of video production at a fine arts academy in Italy.

Andreea Boyer: Have you been working in the film industry mainly in your country or also somewhere else around the globe?

Andrea Franceschini: Italy gave me both the theoretical and practical preparation that I needed to become a professional, and consequently, the first job opportunities of my life. However, I have always wanted to open as many doors as possible, either in Italy or abroad. That’s how I started to work as a freelance filmmaker on productions based not only in Italy, but also in Germany, France and Spain, as well as in the United States, Africa, and the Asian Southeast.

Andreea Boyer: How did you start your career as a filmmaker and what has your motivation and inspiration been?

Andrea Franceschini: When I was a child, I wanted to become an archeologist. I used to watch Indiana Jones almost every day. Then, after learning the trilogy by heart, I started to ask myself how they had shot this and that, and found myself much more attracted to the world of cinema than to that of archaeology. I still remember an essay when I was in eighth grade, about what we would like to do when we grow up. I wrote and explained that I wanted to be a film director, and since that day I have never changed my mind again. I was too young to start studying video production, but, as a little boy, I was encouraged to study the instrument that I wanted to play, to write the stories I created in my mind, and to question myself about who I am and the world I live in. Therefore, my inspiration mostly depends on the education I have received, on being curious and free to express myself.

Andreea Boyer: When did you start with your career as a filmmaker and has filmmaking always been your main focus?

Andrea Franceschini: I started my career as a filmmaker in 2007, but my roots are primarily not in film and video, but in music and creative writing. I started to play the drums when I was five, and I took part in my first home-made movie at the age of seven, when my cousin, my brother and myself decided to shoot a personal remake of the famous movie Ghostbusters. I wrote my first “novel” when I was eleven, and my second one at the age of fourteen. I had to wait 13 years to see one of my stories published and 17 to see my first script produced, but this background led me to firmly believe and understand that my main focus is not on one art or another, but depends on the integration of curiosity, creativity, and hardworking.

Andreea Boyer: What can you tell us about the cast and story from your movie, The Common Ground?

Andrea Franceschini: The Common Ground tells the story of Joseph Rutaraka, a Ugandan little kid who lost his father when he was ten, and his mother five years later, both of HIV/AIDS. Joseph shortly became the head of his household and responsible for his younger siblings. Miraculously, they were all born HIV-negative, and able to enter a child sponsorship program through Compassion International thanks to the family of Silvia Viola. Silvia was Joseph’s sponsor for more than ten years. She paid for his education up to university, and when he graduated, he founded ROHP, Rakai Orphans Hope Project, a non-profit organization that sponsors a program aimed at helping children infected or affected by HIV/AIDS. This seems the end of the story but it’s just the beginning, because, still today, Joseph and his team work to raise awareness about the myths and truths of the spread of HIV/AIDS in the community of Rakai, to promote human rights, fight discrimination and stigmatization of HIV/AIDS victims, support local community access to health care services, and educate the local community people on disease control and prevention measures.

Andreea Boyer: Where did you film your movie?

Andreea Boyer: What can you tell us about your other films and work?

Andrea Franceschini: I currently work as a filmmaker for The Bruno Kessler Foundation (FBK), a research institute in Trento, Italy, internationally ranked at the 1st place for scientific excellence within historical and political studies, social sciences and physics, as well as for its economic and social impact. This gives me the opportunity to connect with 11 world-class research centers and communicate their results through sound, images and words. It is an exciting activity that does not leave much room for other projects. However, I am engaged as a filmmaker for non-profit organizations such as Compassion International and Inspiro Arts, for which in 2020, just before the outbreak of the Covid-19 pandemic, I filmed a documentary in Myanmar, which tells the story of members of both Buddhist and Christian communities who, in spite of a cultural, centuries-old rift, try to get rid of barriers between beliefs and cultures. The recent coup and the consequent political situation require me to treat these issues with sensitivity, and there is a risk that I won’t be allowed to tell them as I want to. However, I am working on it and plan to complete it by mid-2022. Other projects for 2023 and 2024 include a feature documentary film about the condition of albino artists in Dar El Salaam, Tanzania, and another one about recognizing spirituality in the prevention of suicidal behaviors.

Andreea Boyer: What can you tell us about your best experiences and which moments in your career have been the most influential ones for you?

Andrea Franceschini: In 2015, I was asked to film a feature documentary film in Haiti. Today I consider that experience a watershed in my career, because it opened my mind not only on a reality I did not know, but also on how a film can combine documentation and social research, suggesting questions to topics that go beyond video production and involve very different areas. Specifically, it was about making a documentary on children sponsorship, but it was much more than that, because it opened my eyes to projects and a way of working that represents me completely.
Obviously, I have experienced many other fundamental moments, both professionally and personally. Among these, I can mention the five years of work for the La Scala Philharmonic Orchestra, the four years spent at the Plus Communication Agency in Trento and of course having the opportunity to teach at the Academy of Fine Arts of Venice. 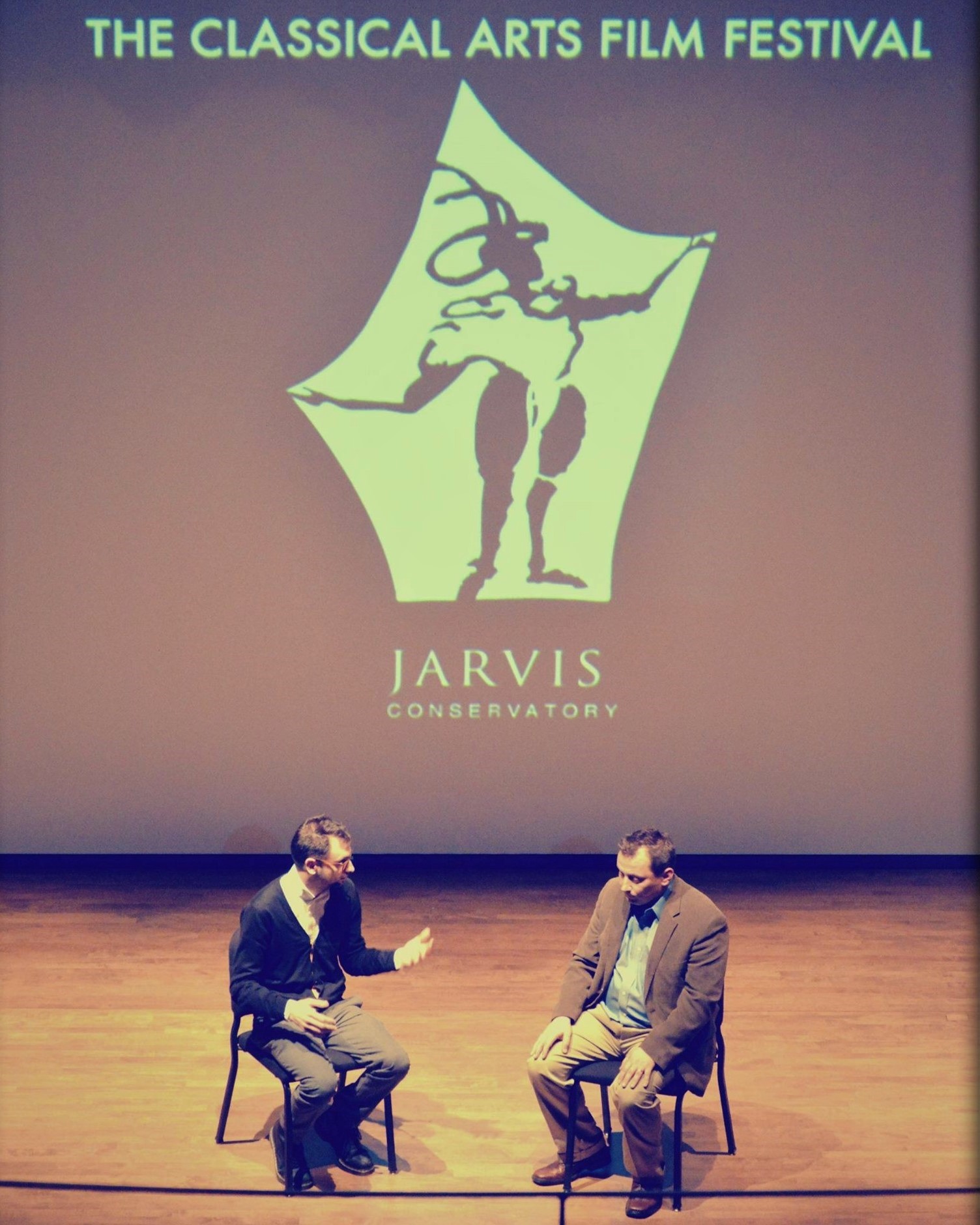 Andreea Boyer: Which moments on the film-set have been the most difficult ones for you?

Andrea Franceschini: When making a documentary like this, the most difficult moments concern the organization on site and the unpredictability of events. Even if you know what to do and have planned it, you must stop thinking according to logic known to you and understand those of others. You have to listen, try to get to know people in a limited amount of time, be at the service of their experience long before your work. Sometimes the waits are long, but you must always be attentive because every moment can hide an invaluable understanding of what you are doing and showing. When the editing work begins, however, it is essential to organize it in detail, not to get caught up in the heat and always see what you are doing by remembering what you have experienced, but also seeing it with external eyes.

Andreea Boyer: What is your advice for all young independent filmmakers on how they should work on their goals and reach the best audience for their individual work?

Andrea Franceschini: This is a very nice question that would take a lot of space to answer, but I can summarize what I tell my students when I teach. First of all, be curious about everything, not just about audiovisuals. Read, look, search, ask. There are many stupid answers, but there are no stupid questions. Give importance to history, theory and technique, but less to technology, because technology changes quickly and makes up a difference only to a certain point. What matters is the content; ideas and how they are expressed. Ask yourself what you would be willing to do even for free, find a minimum budget or someone who pays you to do it, and get it started. Live, and find a balance in everything you do. It is difficult to make meaningful films while always being in front of a monitor. Have the courage to pass on what you have learned, because you are the master of your knowledge but mostly its keeper, and by keeping it only to yourself you would do harm to the world and therefore also to yourself. Always surround yourself with better people who know more than you do, and when you feel like you’ve learned everything you can, switch places and start practicing and learning again.

Thank you Mr. Franceschini. We wish you continued success. 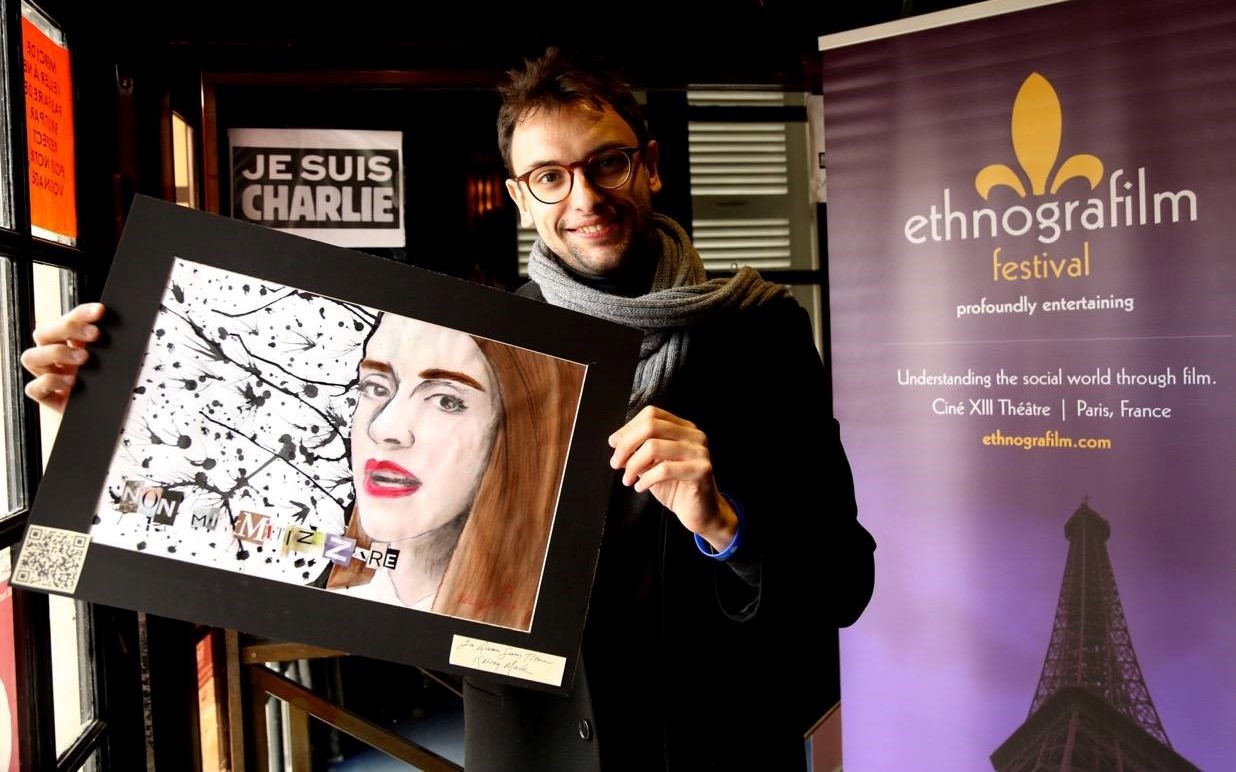 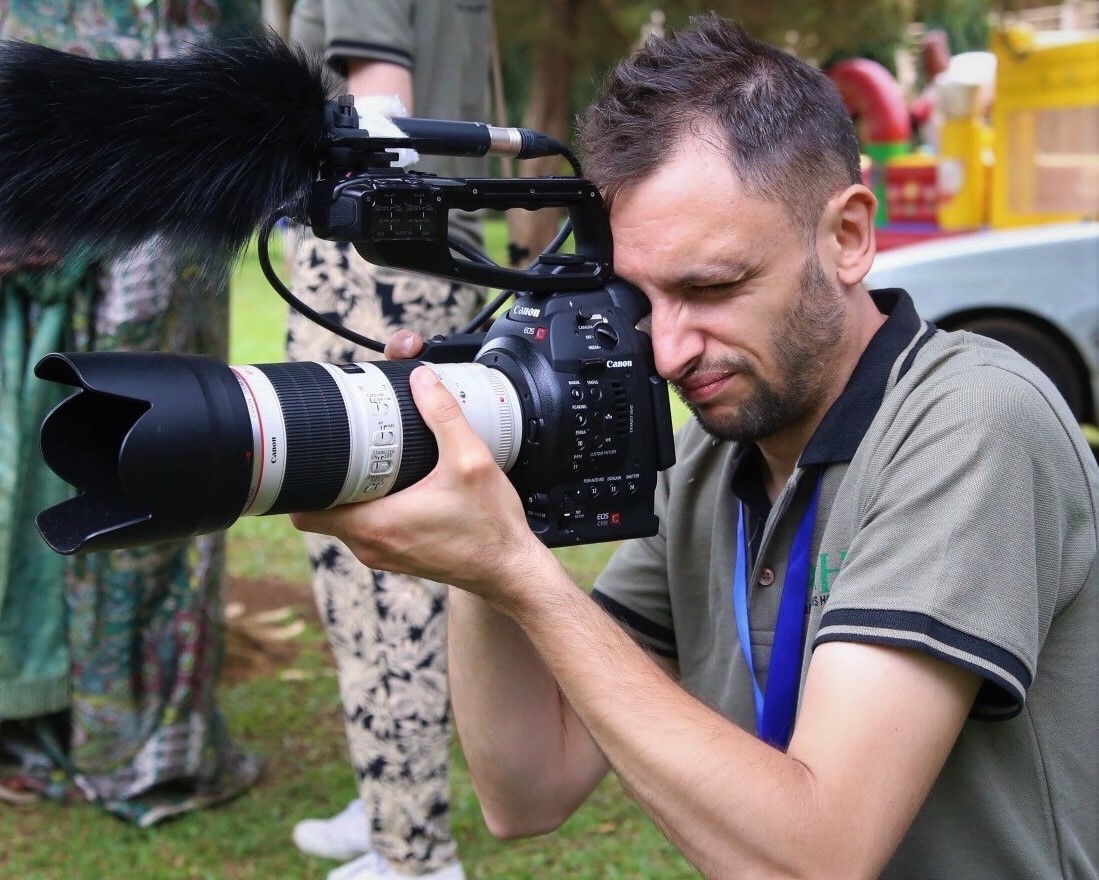